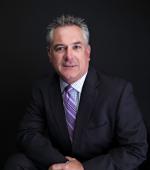 Lyle Roggow grew up on a farm near Garber, Oklahoma. He was an active in FFA. Grad- uated from OSU with a degree in Agriculture Economics in 1984. Member of Sigma Chi fraternity. Following college, he traveled to West Germany to work on farming operation. After returning from his six month work/study program, he began his career in Shawnee, at Gordon Cooper Technology Center in 1985 as the Farm Business Management Program Coordinator. Spent 13 years assisting farmers in achieving their goals and educating them on best businesses practices. While in Shawnee, he served on the Shawnee Chamber of Commerce, Oklahoma Teacher Preparation Commission, Regent to Seminole State, Te- cumseh Chamber of Commerce and many more activities. In 1998, he returned to the family farming operation. Served as a member of the Oklahoma Health Care Authority from 1998 until 2012 and was the chairman of the board. In 2000, he became a Regional Director for the Oklahoma Department of Commerce serving the Northwest region and the North Central region. January of 2005, he began working for Meridian Technology Center in Stillwater as the Community and Economic Development Specialist and Assistant Incu- bator Manager. In October 2006, Lyle became President of the Duncan Area Economic Development Foundation. He is the past chairman of the Governors Economic Develop- ment Marketing Team, past Chairman of Oklahoma Professional Economic Development Council, currently a member of the Incentive Evaluation Commission, member of IAMC and IEDC. Board member on Duncan Chamber of Commerce, past fundraising Chairman to United Way of Stephens County and Stephens County Fair-board Member. Leadership Oklahoma Class 30 graduate and Lifetime member of LOK. Lyle is married, he and Kim, have four children and three grandchildren. Kim is a small business owner. 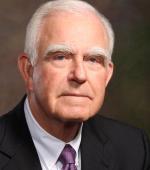 Carlos E. Johnson, CPA, Ed.D. is a NASBA Past Chair, member of the Board of Directors for nine years and served as chairman of various committees and task forces of NASBA and as a Southwest Regional Director. He most recently served as the co-chair of the NASBA/AICPA Education Accreditation Task Force and as a member of the AACSB Accreditation Task Force for Schools of Accounting. Dr. Johnson served on the Oklahoma Board of Accountancy for ten years serving as chair for three years. Also, he served in various positions of the AICPA and was recognized by the Board as a Distinguished Member for a Career in Public Advocacy. In addition, he served as president of the Oklahoma Society of CPAs and is a member of its Hall of Fame. Dr. Johnson is affiliated with BKD, LLP of Oklahoma. He was a partner with KPMG for 24 years, a partner of Horne & Company and Dean of the School of Business of East Central University of Ada, Oklahoma, respectively. He earned his masters and doctorate of education and bachelor’s degrees at Oklahoma State University and East Central University, respectively. Oklahoma State University recently celebrated its 100th Anniversary and Dr. Johnson was honored as one of Spears School of Business Tributes, 100 for 100, representing a rich history and diversity of experience among the graduates of the Spears School of Business and was admitted to its Hall of Fame in 2015 and the Hall of Fame of the School of Accounting in 2003. 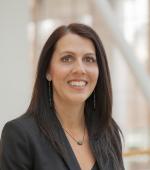 Mandy Fuller is the director of internal audit and chief audit executive for Devon Energy Production Company, L.P., where she has worked since 2000. Her team oversees corporate, information technology, joint venture, vendor and field office audit functions, as well as data analytics and the enterprise risk management activities related to internal audit. Prior to her current role, Fuller managed the internal audit group and has held leadership roles in accounts payable and financial analysis. She is a member of the Oklahoma Society of Certified Public Accountants and a member of the Institute of Internal Auditors. 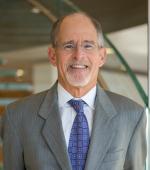 Mark Wood is the current Vice Chairman of the Oklahoma Tax Commission. He has spent over 37 years in public and private business enterprises throughout Oklahoma City. He managed the Oklahoma tax practice at Ernst & Young where he was promoted to office managing partner. In his role at EY, Wood served as the overall coordinating partner for clients including American Fidelity, Chesapeake Energy, OG&E and the state of Oklahoma. Wood managed the Oklahoma City tax practice and was promoted to tax partner at Arthur Andersen. Throughout his career he has assisted clients in a variety of strategic and structural tax matters including merger and acquisition transactions, reorganizations and going public and going private transactions. Wood serves on the board of directors Executive Committee of the United Way of Central Oklahoma, and the board of directors of the Petroleum Club of Oklahoma City and the University of Oklahoma Michael F. Price School of Accounting. He received his bachelor’s degree and Bachelor of Business Administration degree in accounting and economics from the University of Oklahoma. 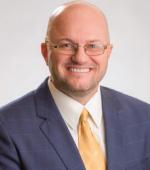 Brent Kisling is executive director of the Oklahoma Department of Commerce. He has a degree in agribusiness from Oklahoma State University and was named the outstanding graduate from the College of Agriculture. He served as state director for USDA Rural Development under the administration of President George W. Bush and as executive director of the Enid Regional Development Alliance. Kisling also has served as the chair of Leadership Oklahoma, the Governor's Economic Development Marketing Team, the Oklahoma Career Tech Foundation Board, and the OSU Ag Alumni Board. 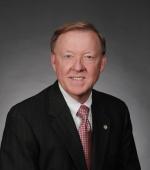 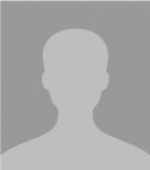 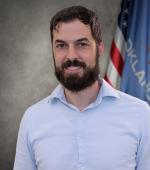